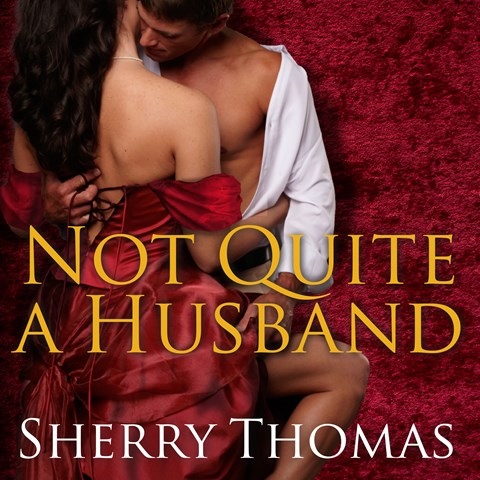 NOT QUITE A HUSBAND

Anne Flosnik's well-paced narration is the icing on the cake of this charming story of love and forgiveness. No one is surprised when the marriage of shy Bryony Asquith to handsome and gregarious Leo Marsden fails, and the marriage is annulled. But four years later, when Leo is sent to find Bryony in India and escort her home, old hurts and old passions are rekindled. Flosnik's upper-crust British accent is hypnotic. She uses a softer, more vulnerable voice to portray Bryony and a slight tonal difference to portray the masculine voice of Leo. Each character is easily recognizable in this enjoyable romance. A.C.P. © AudioFile 2015, Portland, Maine [Published: JANUARY 2015]