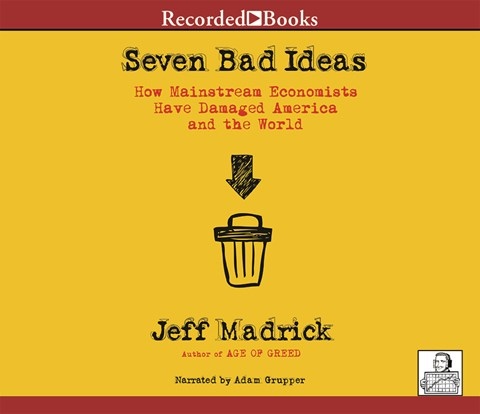 Narrator Adam Grupper adeptly narrates this examination of some of the big ideas in economics. Grupper reads in an even tone, using pauses and pacing to emphasize Madrick's explanations and critiques as he tackles each of the seven ideas in turn. Grupper expertly navigates the economic and business terms as well as the plethora of names that have contributed to these economic theories-- including Adam Smith's "invisible hand" and Say's Law--which, Madrick contends, look good on paper but don't always translate seamlessly to the real world. Grupper's reading, while serious and appropriate for the topic, contains enough enthusiasm to keep the energy high and the listener engaged through all seven of the ideas presented, many of which are widely known, yet will be taken in a new light after listening to this interpretation of them. E.N. © AudioFile 2015, Portland, Maine [Published: MARCH 2015]