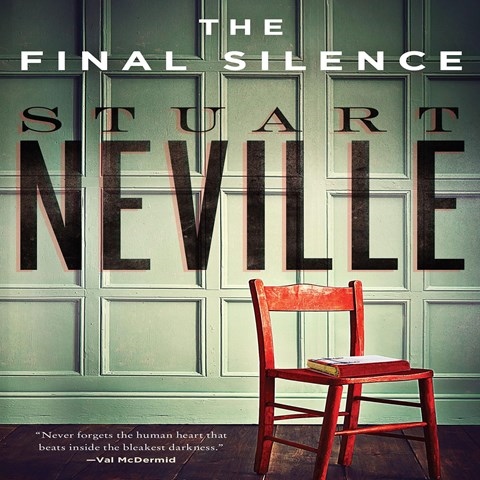 With his understated Northern Irish accent, narrator Gerard Doyle is an excellent match for Neville’s series featuring Inspector Jack Lennon, of Belfast. In this fourth installment, Lennon, now disgraced and on sick leave, is contacted by an old girlfriend, Rea Carlisle. While clearing the house of her estranged uncle, Rea finds a book that documents years of murder. Her father, a politician who is worried about his reputation, tries to hush it up, but when Rea takes it to Lennon, the cat is well and truly out of the bag. With a reputation like Lennon's, it doesn't take long before the finger of suspicion begins to point in his direction. Doyle's narration is masterly, and the writing is made for him. C.A.T. © AudioFile 2015, Portland, Maine [Published: JANUARY 2015]