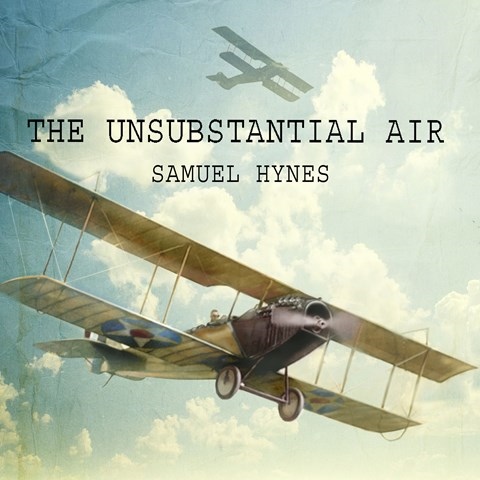 THE UNSUBSTANTIAL AIR American Fliers in the First World War

In the early days of WWI, training as a fighter pilot was a romantic notion for the young men who headed to Europe to earn their wings prior to the U.S. entry in the war. They wrote letters home and recorded their experiences in their diaries. Sean Runnette’s voice, pacing, and timbre superbly match their stories—a poignant tone and pause following a death, an increase in pitch as the joy of flying catches hold, and an easy delivery of French terms. Runnette captures the excitement of the young men as they learn to fly, the drudgery of waiting for deployment, and the reality of death as so many perish from accidents and combat as this nascent form of warfare develops. M.L.R. © AudioFile 2015, Portland, Maine [Published: MARCH 2015]