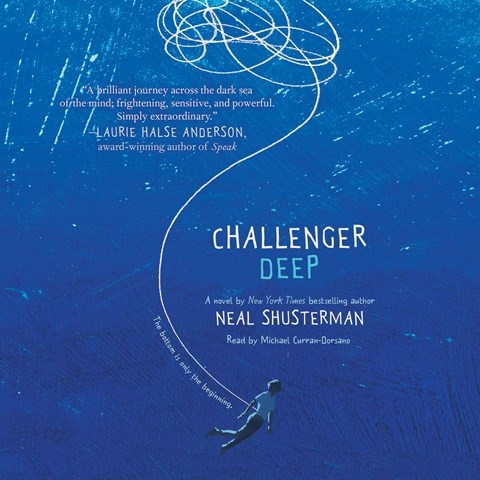 When handled well by a voice actor, an unreliable narrator is a delight—the narrator makes the listener believe in the character and then slowly reveals that all is not as it seems. Such is the work of Michael Curran-Dorsano as he narrates from the point of view of Caden Bosch, who becomes absorbed in a journey to the deepest point on Earth, in the Marianas Trench. When the teen finds himself aboard a strange ship in the ocean area known as Challenger Deep, he can't tell if it’s really happening—or if he’s losing his mind. Meanwhile, his friends and family grow increasingly concerned. Curran-Dorsano’s soft voice works well as the internal voice for the teenaged Bosch. He keeps to a steady rhythm while also being capable of shifting his voice for other characters. L.E. © AudioFile 2015, Portland, Maine [Published: JULY 2015]