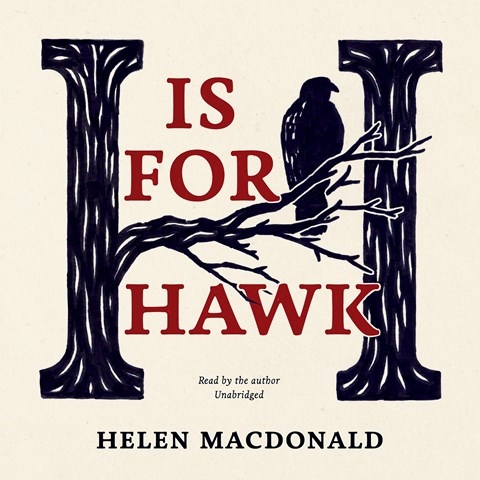 H IS FOR HAWK

Helen Macdonald has written a spectacular memoir full of wildness and grief, recounting her training of a goshawk in the wake of her father’s unexpected death. She is also a marvelous narrator, evoking the open spaces of her Cambridge fields, the natural violence of a goshawk’s existence, and her crippling fear of mingling with society when she is so bereft. It is all there in her voice, along with a crisp English accent that is such a pleasure to listen to. Macdonald intertwines her training of Mabel, the goshawk, with the miserable failure of T.H. White to tame a goshawk long before he penned THE ONCE AND FUTURE KING, which made him famous. She slightly lowers her voice to distinguish White’s story from her own journey out of sorrowful madness into a hopeful future. A.B. Winner of AudioFile Earphones Award, 2016 ALA Media Award © AudioFile 2015, Portland, Maine [Published: MARCH 2015]