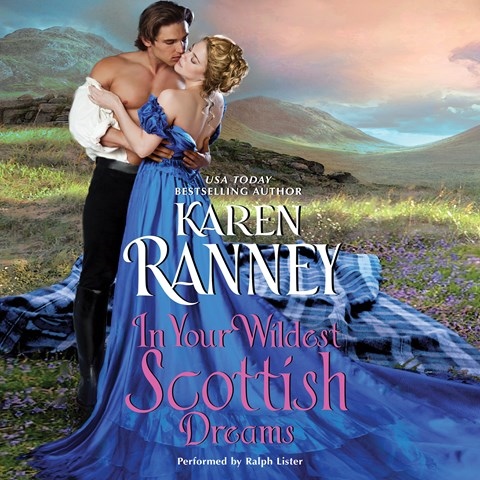 IN YOUR WILDEST SCOTTISH DREAMS

Scottish beauty Glynis Maclain has loved handsome Lennox Cameron most of her life. Misunderstanding his feelings, Glynis flees to America, where she marries an American diplomat. When she crosses paths with Lennox seven years after she’s widowed, fate gives them a second chance. But Glynis has secrets, and she’s not the green girl she once was. Narrator Ralph Lister masterfully delivers Scottish, Russian, British, and Southern accents. He infuses Lennox with strength, humor, and patience and characterizes Glynis with girlish enthusiasm and, later, a more mature and provocative demeanor. His portrayals of the female characters are especially enjoyable as he gives each a higher, distinct voice in a way that is both creative and imaginative. A.C.P. © AudioFile 2015, Portland, Maine [Published: APRIL 2015]