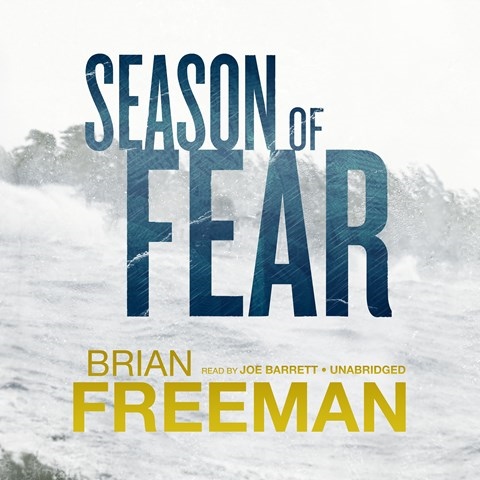 There's a reason Joe Barrett succeeds as narrator in so many audiobooks. He has a particularly dynamic and intriguing style. Freeman's second Cab Bolton mystery is a soaring, complex thriller of political corruption and human failing. Set in Florida, it involves Cab with a campaign for governor and old crimes. Barrett voices just enough to give his characters definition. Where he excels is in imbuing all of them with feeling, passion, and temperament in sync with the storyline. It doesn't matter that his male and female voices differ little in pitch and intensity; the essential differences exist in timbre, intonation, and pacing. His delivery is complex, but Barrett never loses the thread of the story. M.C. 2016 Audies Finalist © AudioFile 2016, Portland, Maine [Published: FEBRUARY 2016]