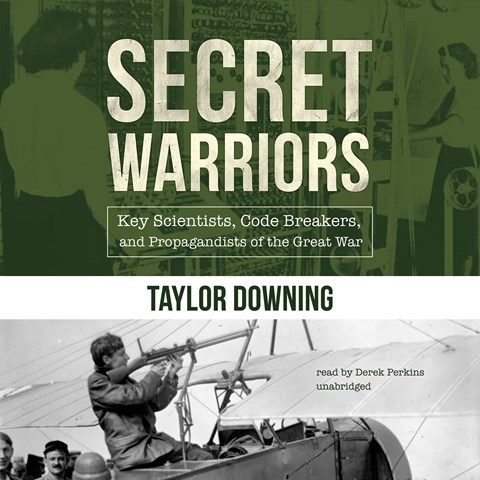 The British term "boffin"--for scientists, engineers, and technicians-- emerged in WWII to identify those working behind the scenes to win the war through technological innovation. This is the first popular survey of the pre-boffins: those who supported Britain in WWI. The engaging stories cover the development of airplanes, code breaking, poison gas, propaganda, and other boffin-like activities. Derek Perkins is one of the great audiobook narrators. His clear and well-paced performance makes Downing's sometimes technical explanations easy to follow, and his deep tone and cultured British accent enhance the experience. Pronouncing names, Perkins seems as at home in French and German as he is in English. Downing's story is almost entirely centered on Britain. F.C. © AudioFile 2015, Portland, Maine [Published: JULY 2015]