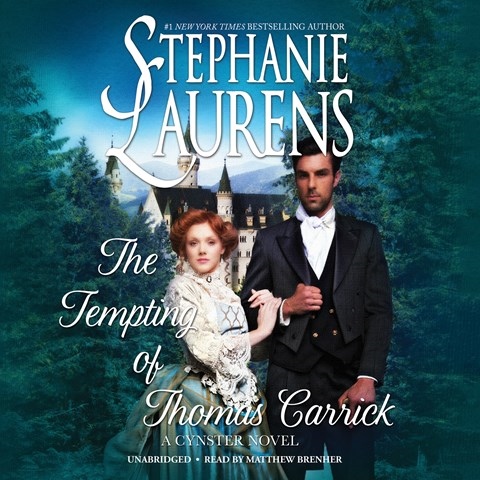 Matthew Brenher's talent merits a better opportunity to shine than this installment in Laurens's popular series. Lucilla Cynster, daughter of Richard Cynster, has been waiting for Thomas Carrick, her fated mate, to come back and claim her. When the head of the Carrick clan becomes ill and Thomas must return to the Carrick stronghold, the opportunity presents itself, and Lucilla grabs it. Even narrator Brenher's rich, deep voice and ease in navigating between well-delivered British and Scottish accents cannot save this boring listening experience. A.C.P. © AudioFile 2015, Portland, Maine [Published: MAY 2015]