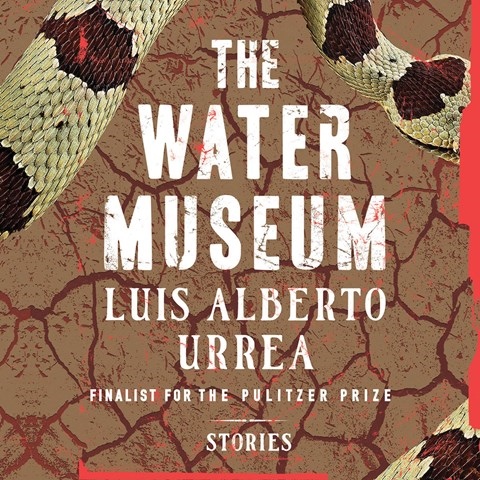 The author reads his descriptive stories at a steady, poetic pace for the listener. Luis Alberto Urrea's narration is soft, almost tender, and raspy in parts. He shifts capably between the thoughts and dialogue of male and female characters, handling both with sensitivity. Urrea enjoys his prose, and so does the listener, as he describes the difficult choices facing people who live in the American West. His measured cadence doesn't prepare the listener for the twists and turns in many of the stories, such as the surprise ending in "Amapola," winner of the Edgar award in 2010. In the American West and Southwest of these stories, the landscape is harsh, lives even harsher, but Urrea's narration is as gentle as a whisper. M.R. Winner of AudioFile Earphones Award © AudioFile 2015, Portland, Maine [Published: AUGUST 2015]