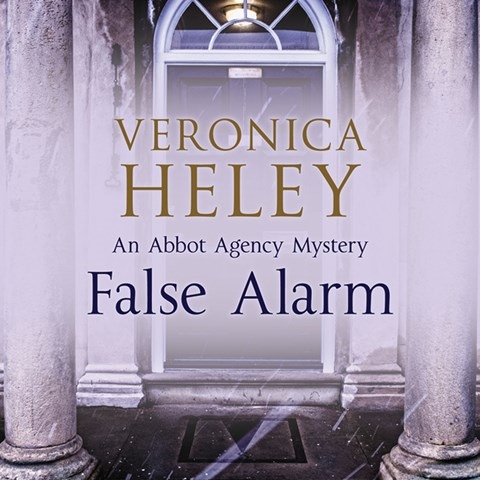 Narrator Patience Tomlinson does a splendid job re-creating the world of Bea Abbot, owner of a domestic agency in London whose work often involves her in a mystery. Tomlinson masterfully captures Bea and the many young and not-so-young characters she encounters, as well as their diverse British and international accents, including the spot-on intonations of a reclusive Pakistani family. Her best--and most annoying--creation is Abbot's ever-present needy son, Max. When she interviews the residents of an apartment building where several seemingly unrelated murders have occurred, Bea's thoughts are fascinating to hear. Her refreshing spiritual views add to her appeal. There are a number of possible murderers, and the revelation is enjoyably shocking. S.G.B. © AudioFile 2015, Portland, Maine [Published: APRIL 2015]