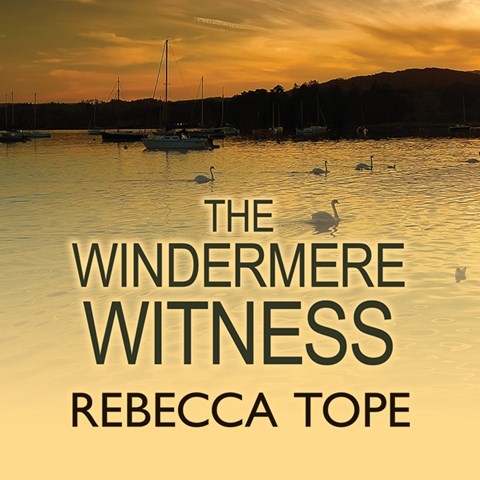 Narrator Julia Franklin winningly presents Persimmon "Simmy" Brown, an endearing florist who is creating a life in England's Lake District after losing her baby. When a murder intrudes on an event where she's working, she's dragged into the horror and then does some investigating of her own. Franklin faultlessly captures the story's strong portrayal of class, Simmy's hippie parents, and male and female characters of all ages and personalities. She's particularly adept at presenting believable young people, including Ben Harkness, whose power of observation helps Simmy AND the police with their investigations. Listeners will enjoy meeting an array of people, hearing about the natural beauty and fast-changing weather of the region, and finally learning which of the many possible suspects is the murderer. S.G.B. © AudioFile 2015, Portland, Maine [Published: MARCH 2015]