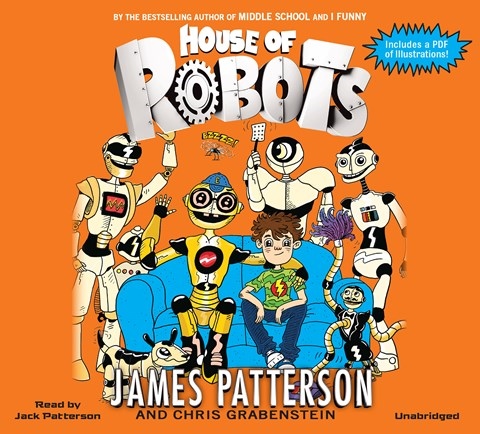 Jack Patterson’s dynamic performance captures the emotions of fifth-grader Sammy Rodriguez-Hayes and his “brother”—the robot he calls “Error.” Sammy’s youth and awkwardness are effectively conveyed by Patterson with an energetic voice and well-timed, perfectly delivered quips. Patterson’s portrayal of the robots is also superbly done, with a fractured, irregular pace to convey their fragmented speech. The addition of sound effects of echoing and electronic pings adds another dimension to their realistic metallic voices. Patterson’s lively presentation of all the characters is immediately engaging, and he deftly modulates his tone to highlight the moments of joy and seriousness in this endearing story. M.F. Winner of AudioFile Earphones Award © AudioFile 2015, Portland, Maine [Published: JUNE 2015]