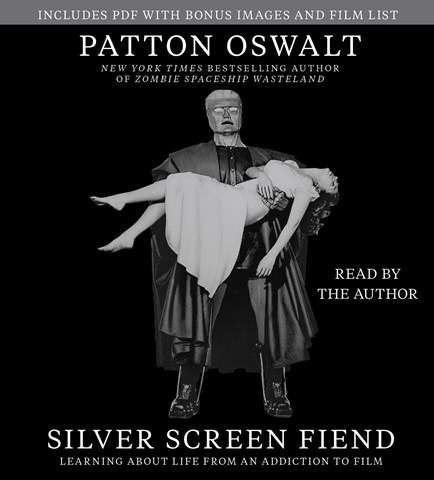 SILVER SCREEN FIEND Learning About Life from an Addiction to Film

Patton Oswalt's audiobook is a bit about movies--but more about the life and times of Patton Oswalt, as told by the comedian himself. In a light and breezy tone, he talks about films but frequently breaks off into tangents about himself and his childhood. Oswalt is an engaging fellow, the kind of nice guy you'd like to meet and listen to at a bar, but he could get tiresome fast. That's one reason this audiobook is just long enough. Oswalt's passion for films runs deep, and he clues listeners in on a lot of great movies they may not know about. M.S. © AudioFile 2015, Portland, Maine [Published: APRIL 2015]