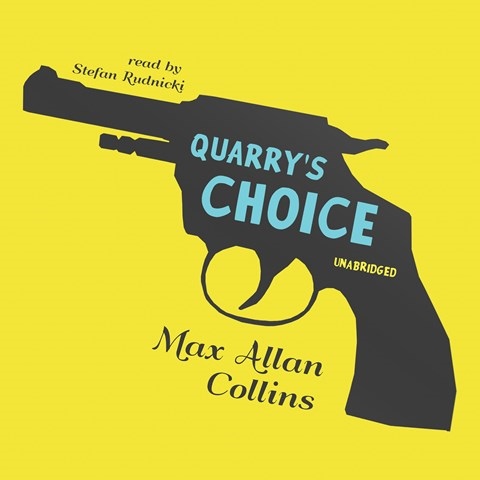 Though this is Collins's eleventh Quarry story, he takes listeners back to the beginning, when Quarry returned from Vietnam and became a young hit man. Thanks to Collins, and narrator Stefan Rudnicki, you can't put your headphones down. Quarry is sent to Mississippi by his "broker" to kill a Southern Mafia hood. Along the way, he manages to befriend a hooker and dispatch eight additional wrongdoers. Rudnicki's voice is deep and entrancing. Perhaps a little too deep for the young killer. On the other hand, he's got a fine Southern brogue and moves this hard-core story along at a frenzied clip--almost too quickly to savor. A.L.H. © AudioFile 2015, Portland, Maine [Published: APRIL 2015]