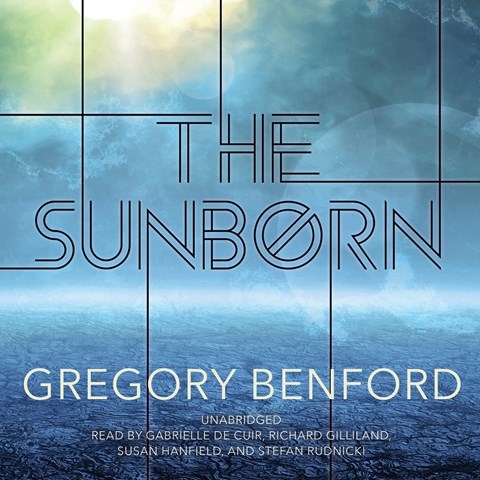 With multiple storylines told from different perspectives, this complex novel keeps the listener guessing at every turn. Gabrielle de Cuir opens the narrative with the voices of astronauts Julia, an Australian, and her husband, Victor, a Russian, who have succeeded in creating a life for themselves on Mars. De Cuir succeeds beautifully in keeping both accents distinct and accurate and in giving the characters added dimension. Stefan Rudnicki's rumbling tones seem to convey the majesty and expanse of deep space, which Richard Gilliland echoes with his own low timbre. Susan Hanfield rounds out the cast with a clipped, authoritative voice for Captain Axelrod, who’s leading another ambitious expedition to explore life found on frigid Pluto. This stellar ensemble cohesively enlivens the slower parts of the plot and makes the action sequences positively shine. E.E. © AudioFile 2015, Portland, Maine [Published: JULY 2015]