Home»Reviews»A WHISPER IN THE DARK 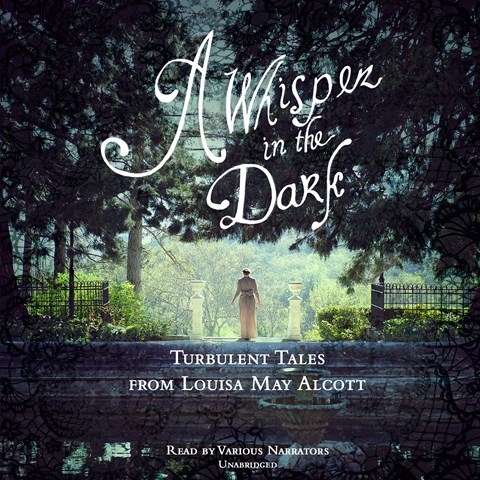 A WHISPER IN THE DARK Turbulent Tales from Louisa May Alcott

This story collection is composed of 12 gothic dramas delivered by five narrators. Their accomplished portrayals capture the straitlaced manners and mores of the Victorian era. Highlights of the production include "A Whisper in the Dark’s" bone-chilling portrayal of genteel Sophia, whose uncle commits her to an insane asylum when she dares to question his authority. Cassandra Campbell's polished portrayal of Bedford, the stately butler in "The Mysterious Key," is also memorable. The mature and spirited portrayal of Maurice’s rehabilitation in "The Abbot’s Ghost," a Christmas tale of intrigue, is especially engaging. Together, the accomplished narrators invoke intrigue, suspense, and provocative themes, none of which are what most listeners expect in the work of Alcott. G.D.W. © AudioFile 2015, Portland, Maine [Published: JULY 2015]