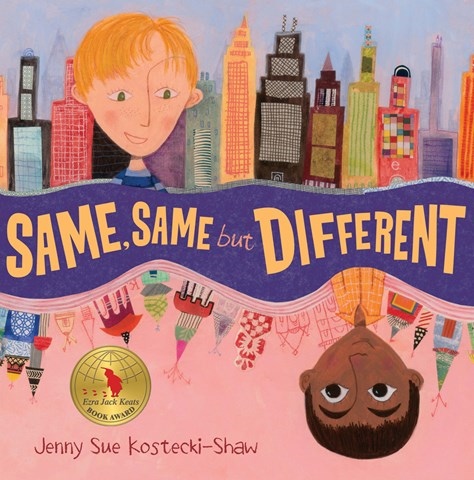 Bouncy rhythms set the tone for a lively correspondence between two pen pals—Elliot from America and Kailash from India. As the two boys depict their worlds, music and narration add to the similarities and differences described. Maxwell Glick’s enthusiastic voice and American accent propel listeners as Elliot describes his home and family. Vikas Adam flavors the responses of Kailash not only with an Indian accent but also with curiosity and explanations that encourage cross-cultural understanding. Lyricism, particularly the repeated refrain “same, same but different,” gives a sense of the boys’ building relationship and the similarities that stretch between the miles. This production inspires consideration, conversation, and listening again. S.W. Winner of AudioFile Earphones Award © AudioFile 2015, Portland, Maine [Published: JUNE 2015]