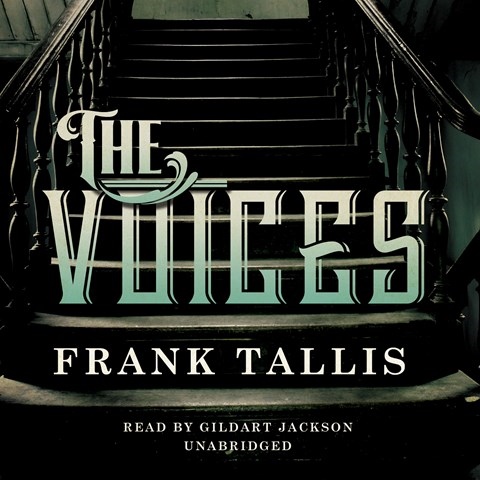 Narrator Gildart Jackson knows his way around an old-fashioned ghost story, and this audiobook is all the better for it. The creepy story of a haunted house, a young family, and an ambitious composer sets the groundwork; Jackson adds even more eerie atmosphere. His subtly disturbing vocalizations for the story’s ethereal beings produce physical chills as well as psychological suspense. He also does a commendable job of portraying the conflicted wife’s desperate efforts to keep her infant daughter safe while maintaining her own sanity. With just enough dramatic restraint, Jackson keeps the paranormal frightening AND believable. J.F. © AudioFile 2015, Portland, Maine [Published: FEBRUARY 2015]