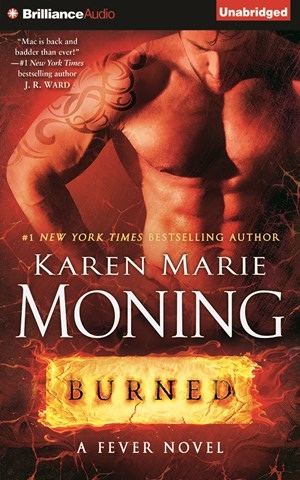 Narrators Phil Gigante and Natalie Ross revel in the fever-pitched prose and relentless intensity of this seventh installment in the beloved Fever series. Ross does a splendid job making MacKayla Lane a powerful heroine by voicing her with an understated strength as she works to rescue her former protégée, Dani "Mega" O'Malley, and her allies from the clutches of the Unseelie. Gigante rumbles and snarls beautifully as Jericho Barrons, who is forced, finally, to face the consequences of his choices. The result is a surprisingly human performance that is ultimately fascinating. Though their accents may shift at times, both performers are clearly at the top of their games in a story that is sure to keep fans engrossed. B.E.K. © AudioFile 2015, Portland, Maine [Published: SEPTEMBER 2015]