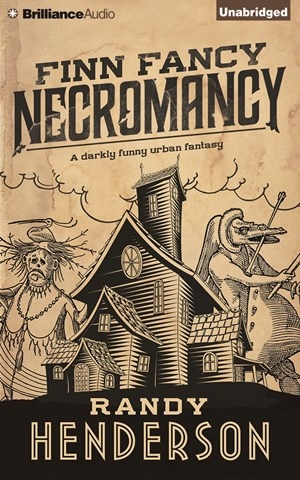 This audiobook contains magic, mystery, and a fair amount of drama, and narrator Todd Haberkorn's performance is both grounding and fantastic. Finn Gramaraye was framed for a magical murder at age 15 and exiled to a fairy realm for 25 years. Back home now, Finn realizes that someone is still out to get him. He must clear his name with the magic police, or he'll be exiled again--forever. Finn is a teenager stuck in an adult's body, and Haberkorn does a terrific job sounding youthful and naïve while having a grown man's voice. He narrates this sometimes confusing and complicated story with cheerfulness and wry good humor. The writing in this first novel is a bit rough, but Haberkorn makes listening to it enjoyable. G.D. © AudioFile 2015, Portland, Maine [Published: APRIL 2015]