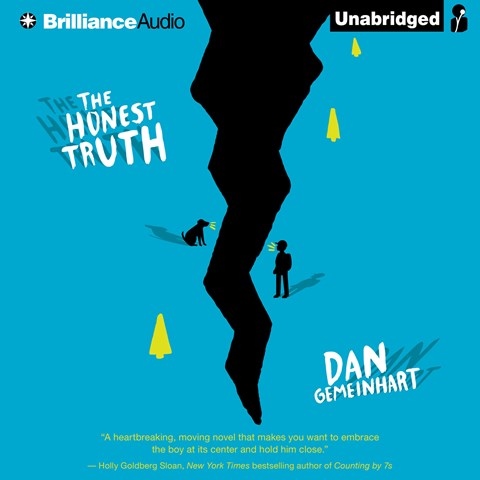 Narrator Nick Podehl expresses the complex feelings of young protagonist Mark as he attempts to climb a mountain, his final wish before surrendering to a fatal illness. Each chapter of Mark's voyage is followed by a passage from his worried family and best friend, Jessie. Podehl switches smoothly from the frustrated voice of Mark to the concerned voices of his family and friend. The characters Mark meets along the way are each given a unique voice--from the annoyed gift shop cashier to the tired but well-meaning bus driver. This heartfelt story will take listeners on Mark's climb to the top as he begins to understand life and death. M.D. © AudioFile 2016, Portland, Maine [Published: SEPTEMBER 2016]