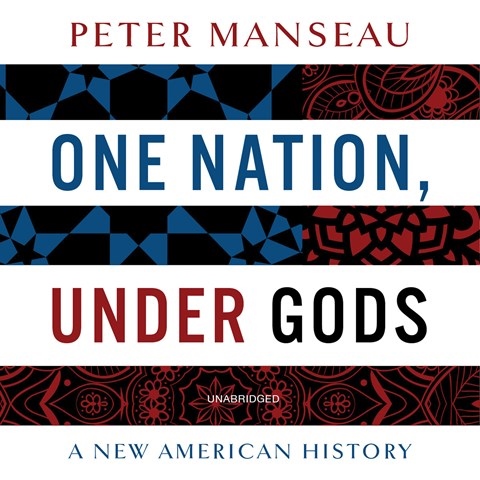 ONE NATION, UNDER GODS A New American History

As ambitious as this audiobook is, the author clearly makes a case for his premise. In America we call ourselves a Christian nation, but because of our greed, exploitative natures, and expertise at winning wars, we have, in fact, created a nation of many cultures and religions. Narrator Kevin Stillwell creates an authentic atmosphere, beginning with the Pilgrims in the Colonies and ending with President Obama and the present cultures of the U.S. The text is sweeping but precise, and Stillwell's ability to tell the many anecdotes using various American accents will capture the listener. His cadence is well paced, his voice takes command of the challenging subject matter, and, most of all, he entertains his listening audience. E.E.S. © AudioFile 2015, Portland, Maine [Published: MARCH 2015]