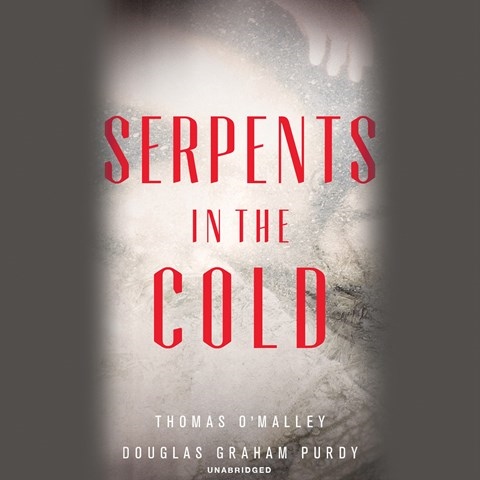 SERPENTS IN THE COLD

In 1951, Boston is suffering a winter so cold that the frozen body of a murdered woman won’t be buried until spring. Narrator Jim Frangione has listeners buckle their seat belts as he drives a shadowy route with Dante Cooper, an ex-heroin addict, and his ex-cop friend, Cal O’Brien, who independently set out to solve the murder of Dante’s sister-in-law. This turns out to be unpopular as it brings to light the involvement of the Church, Irish mobsters, and crooked politicians. Frangione’s dynamic performance illuminates the dark underbelly of Boston as he delivers a mystery packed with gangsters, loan sharks, drug dealers, crooked cops, and a psychopath known as the Butcher. Frangione’s ability to transition effortlessly between colorful characters with various Boston accents highlights their temperaments and classes, making this post-WWII era sound authentic. As narrator, Frangione never loses the listener in the violent exploits of the perilous journey. B.J.P. © AudioFile 2015, Portland, Maine [Published: MARCH 2015]