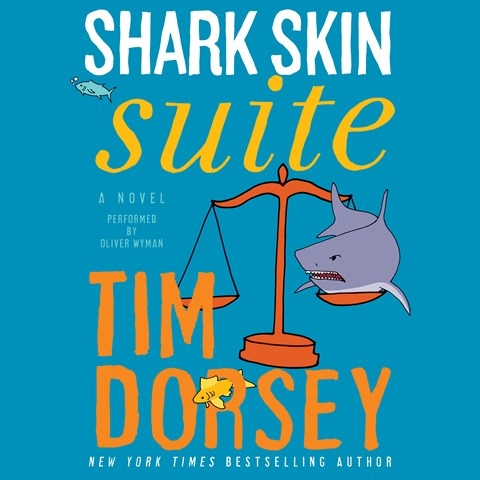 Hold on to your sunscreen and shades—Florida's own Serge A. Storms is back, and so is his versatile narrator, Oliver Wyman. This time the likable sometimes-serial-killer (when he goes off his meds) has recast himself as a freelance paralegal—with no training other than rewatching legal classics of the big screen that were filmed in the Sunshine State. A full-cast production isn't necessary with Wyman at the helm. His portrayals of a crew of plucky senior women sound as authentic as his take on the smooth jive of gumshoe Mahoney. Whether it’s the unfocused diction of a drug addict or the speedy chatter of the highly caffeinated, Wyman is seamless in his delivery as he highlights subtle nuances in each character. Dorsey's series is known for its wacky humor, and Wyman delivers it with verve. J.F. Winner of AudioFile Earphones Award © AudioFile 2015, Portland, Maine [Published: MARCH 2015]