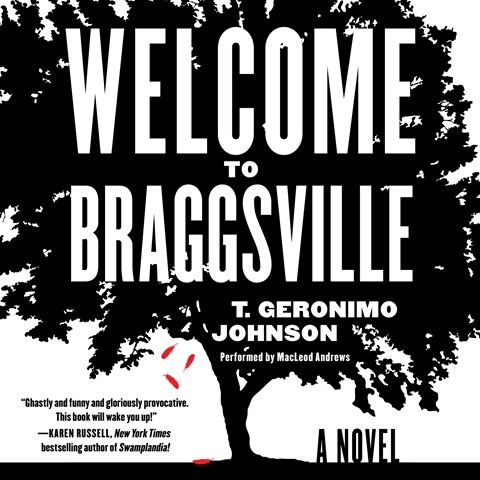 A young white man from the rural South goes to UC Berkeley and is exposed to an alien world. After meeting and befriending three other students, he admits in class that his town holds an annual Civil War reenactment. The four friends decide to attend and make a point. What follows is a combination of satire, social criticism, and a bold discussion of race and place. Narrator MacLeod Andrews captures the essence of the audiobook with a slow delivery full of gravitas. His voice expresses knowing sarcasm and hints at the story's comic darkness. He does an excellent job performing the many accents; his voice is clear and his tone atmospheric. It's a great book and a terrific performance. R.I.G. © AudioFile 2015, Portland, Maine [Published: APRIL 2015]