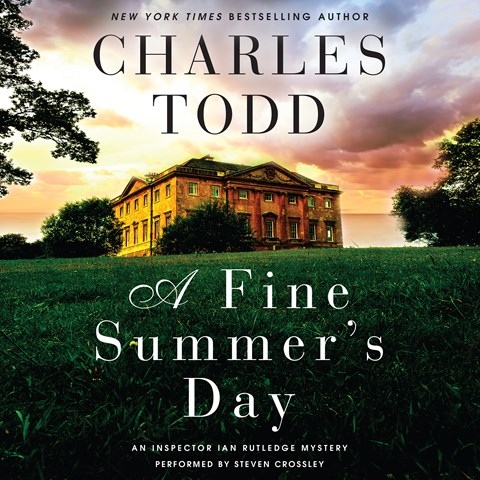 In this 17th Ian Rutledge mystery, fans will enjoy an exceptional performance by Steven Crossley. Charles Todd (a mother-son writing team) takes a step back to the summer of 1914. In this series prequel, the brutalities of war haven’t yet taken their toll on Rutledge. Newly engaged to the daughter of a military family, Rutledge has picked up a complicated case—suicide or murder? But as he gets closer to a solution, he’s pressured to drop the case. In true storyteller mode, Crossley disappears into every character, offering a seemingly endless supply of accents, voices, and personalities, whether from the Scottish Highlands or the English Lowlands. As war becomes a reality, Crossley’s remarkable character development combined with Todd’s deft plotting provides fine listening, whatever the season. S.J.H. Winner of AudioFile Earphones Award © AudioFile 2015, Portland, Maine [Published: MARCH 2015]