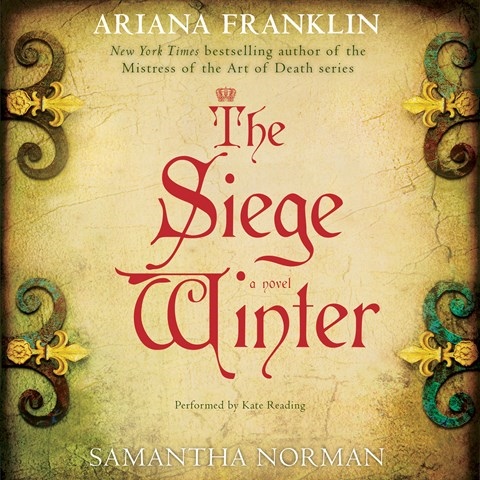 In 1180, the dying abbot of Perton Abbey calls for a scribe to take down a story filled with political maneuvering, war, pillaging, and sexual perversion. Kate Reading proves the perfect chronicler of this complex tale, endowing each character with a credible voice and a multilayered personality. In England the year 1141 finds King Stephen and the Empress Matilda in a battle for the throne. Thousands have been killed, castles routed, and the countryside left in ruins. Reading adds immediacy and poignancy to the story of crossbowman Gwil and Em/Penda, the child who was left for dead after suffering brutality at the hands of mercenaries. Reading delivers the heat of battle as well as characters’ personal doubts, fears, and inner monologues with such deftness and artistry that hopes, dreams, and motives are crystal clear. Wonderful listening. S.J.H. Winner of AudioFile Earphones Award © AudioFile 2015, Portland, Maine [Published: APRIL 2015]