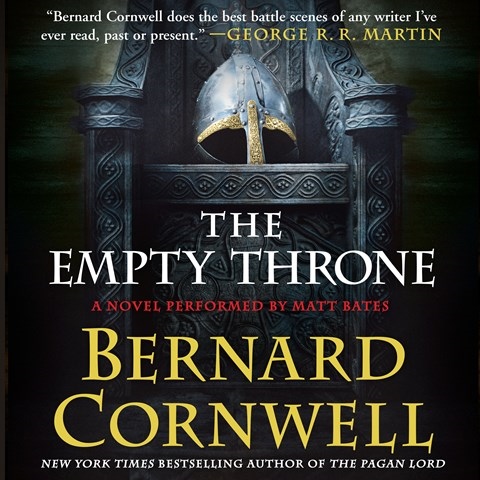 Historical novelist Bernard Cornwell's Saxon Tales series may not be to all tastes, but Matt Bates's narration adds a great deal of pleasure He deftly manages the variations in pacing and keeps clear who is speaking--Aethelred, Aethelflaed, Aethelhelm, Aethelstan, or any combination. Deploying varying tones as well as regional and class accents, he doesn't need to create individual voices except in the cases of a few characters. Those who have been following the series will not be disappointed as Uhtred Uhtredsson fights battles in Mercia and Wales, plots to gain the throne of Mercia for Lady Aethelflaed, and worries about his children. D.M.H. © AudioFile 2015, Portland, Maine [Published: MAY 2015]