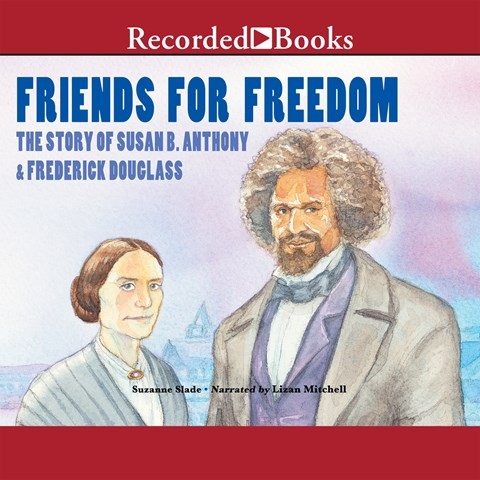 FRIENDS FOR FREEDOM The Story of Susan B. Anthony & Frederick Douglass

Lizan Mitchell's emotive delivery enhances this dynamic picture of the unique friendship and vast accomplishments of civil rights activists Susan B. Anthony and Frederick Douglass. Anthony and Douglass met in 1849 and maintained a forty-five-year friendship. Mitchell impeccably re-creates each character through their conversations and rousing public speeches. They spoke their minds despite being booed, out-shouted, and even threatened. Quotes from their letters and from newspapers are movingly rendered as are their ideological disagreements. Notes by the author reveal that she decided to write this book because she believes this fascinating friendship should be more well known. S.G.B. © AudioFile 2015, Portland, Maine [Published: FEBRUARY 2015]