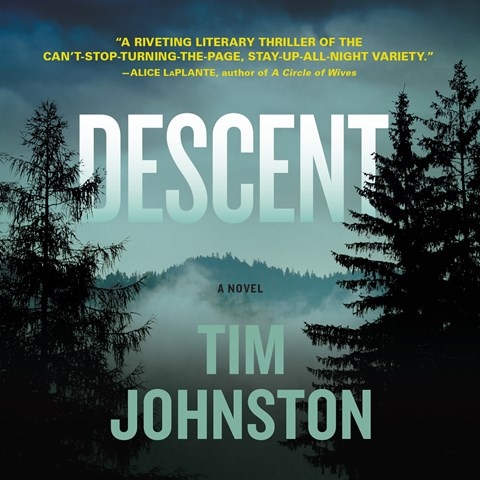 Xe Sands and R.C. Bray narrate alternating perspectives in this thriller. Sands adopts a smoky sound that parallels the fog surrounding the book's major characters: the mother, Angela, who loses herself when her daughter is kidnapped, and the daughter, Caitlin, who is kept in a continual sense of bewilderment by her abductor. Bray embodies Caitlin's brother, Sean, and her father, Grant. Grant has character inconsistencies, but Bray manages to downplay them in favor of the man's dogged determination to find his daughter. The multiple points of view may leave the listener unsatisfied, but the team effort of Sands and Bray makes for an atmospheric, suspenseful production. J.F. © AudioFile 2015, Portland, Maine [Published: FEBRUARY 2015]