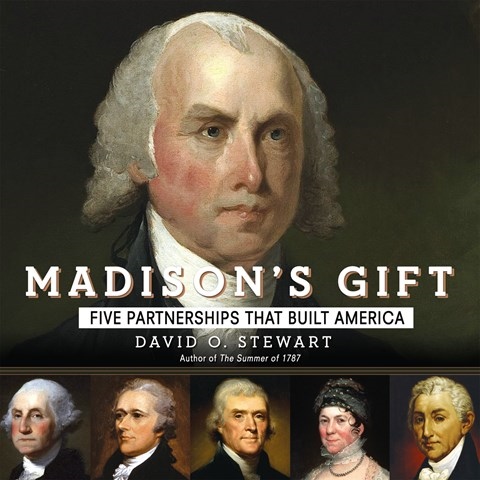 This political biography of James Madison clearly ran the risk of being a dry and, at times, pedantic examination of the architect of the U.S. Constitution. But Grover Gardner's animated narration makes the material come alive in ways the printed word can't. There aren't many direct quotations. For one thing, Madison was no orator, and his speeches bordered on being carefully plotted lectures. So Gardner doesn't try to give speakers unique vocal characterizations. But his timing and tone enliven the passages, making the material flow easily. His pauses are strategic, rather than being mere excuses to catch his breath. The book is a fascinating examination of the making of the modern United States, and Gardner does the work justice. R.C.G. © AudioFile 2015, Portland, Maine [Published: APRIL 2015]