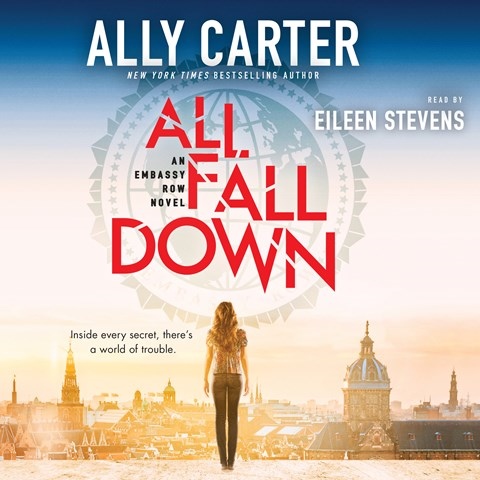 ALL FALL DOWN Embassy Row, Book 1

An international mystery well delivered by narrator Eileen Stevens, this debut is an exciting start to a new series. Grace is back in Adria, the city where her mother grew up and where Grace's grandfather is the U.S. ambassador. Grace spent every summer on Embassy Row until her mother's death. Everyone says it was an accident, but Grace knows she saw a man murder her mother, and that man is now in Adria, and Grace knows he's going to kill again. With a range of characters of varying origins, Stevens is given a tall order and excels at creating an accent and personality for each one. She brings sensitivity to Grace's fragile state and keeps the listener guessing as to what to believe. A twisty listen sure to engage teen listeners. S.B.T. © AudioFile 2015, Portland, Maine [Published: MARCH 2015]