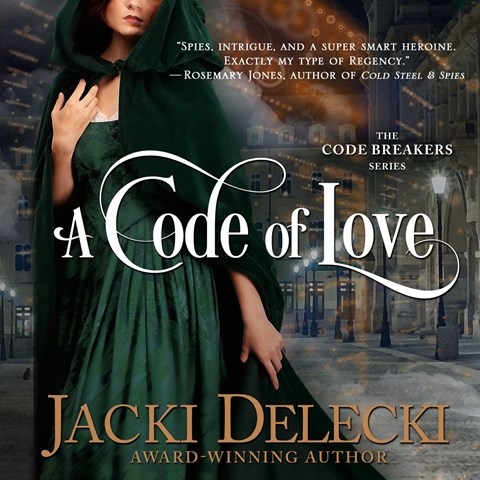 A CODE OF LOVE

As England tries to defend itself against Napoleon, narrator Pearl Hewitt’s charming English accent and deft tonal modulations conjure the high intrigue of espionage. Her high pitch and deft pacing portray young Lady Henrietta Harcourt, who is uncertain whom she can trust. Hewitt uses a deeper, restrained tone to characterize Cord, who is powerfully attracted to Henrietta and attempts to prove himself to her while maneuvering around suspected double agents. The sometimes not-so-restrained moments between Cord and Henrietta are conveyed with a breathlessness that heightens the sexual tension between them. Hewitt’s fluid transitions between narrative and dialogue contribute to the fast pace of this appealing historical romance. M.F. © AudioFile 2015, Portland, Maine [Published: FEBRUARY 2015]