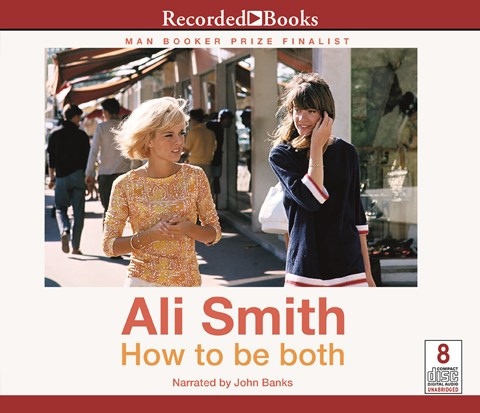 HOW TO BE BOTH

John Banks's acting background is evident in his expressive performance of this experimental novel, which questions the division of accepted opposites, such as male/female, life/death, and past/present. Although either of the two parts of the story can be listened to first, the audiobook opens with George/Georgia, a teenager in modern England, and ends with Francesco/Francesca, a real artist from fifteenth-century Italy. The protagonists, despite being separated in time, are linked in unexpected ways, through memory, art, and experience. Banks's relaxed performance flows easily from narrative to stream of consciousness to dialogue, giving listeners the space to form connections between the characters and to take in the rather profound meanings of the stories. Unfortunately, without a time cue for Part Two, listeners cannot choose their approach to the novel, as the author intends for the print version. C.B.L. Â© AudioFile 2015, Portland, Maine [Published: FEBRUARY 2015]