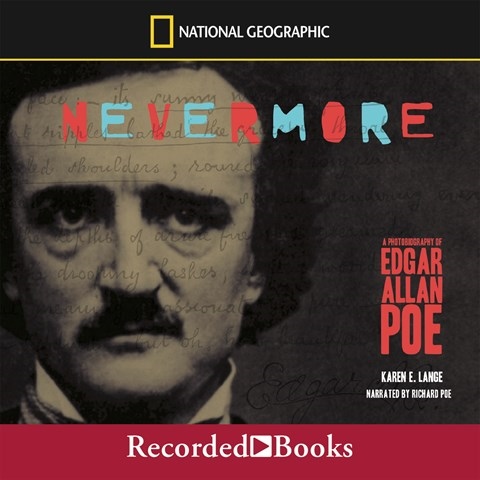 Narrator Richard Poe handles Lange's splendid biography of Edgar Allan Poe with skill and compassion. Young listeners will learn about Poe's rich yet tragic life, which began with his birth in Boston and ended with his death in Baltimore. Narrator Poe fittingly quotes author Poe's words and writings and delivers the complimentary and blistering statements made about him. He conveys a wide emotional range when Poe's life disintegrates after the death of his wife and alcohol becomes his solace. It's amusing, and even surprising, to hear the author Poe skewer some of the writers of his day, which he did when he worked as a reviewer. The afterword enumerates those whom Poe influenced--from Arthur Conan Doyle to the Baltimore Ravens football team, which is named after his most famous poem. S.G.B. © AudioFile 2015, Portland, Maine [Published: MARCH 2015]