Home»Reviews»THE CAUSE OF ALL NATIONS 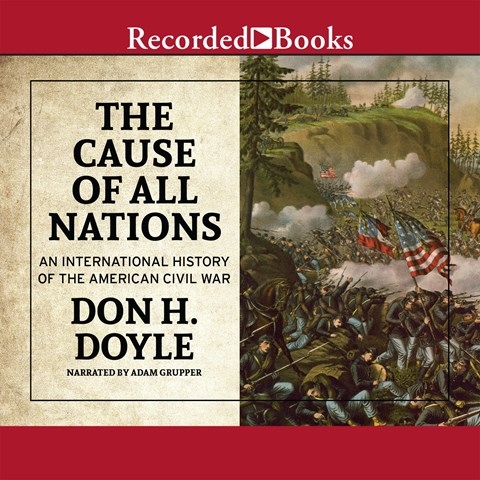 Adam Grupper's expressive voice and energetic delivery work well for this account of the political battle that waged between the Federal and Confederate governments during the Civil War. This extensive work addresses how the various European powers had quite different views of the conflict as well as divergent desires regarding its outcome. There's something of a 21st-century sensibility to the narrative of events of a century-and-a-half ago. Grupper is capable in his reading. His delivery is clear, and his pacing helps maintain the listener's interest. He ably reads foreign phrases (mostly French). Overall, this production is a good match of text and voice. M.T.F. © AudioFile 2015, Portland, Maine [Published: APRIL 2015]