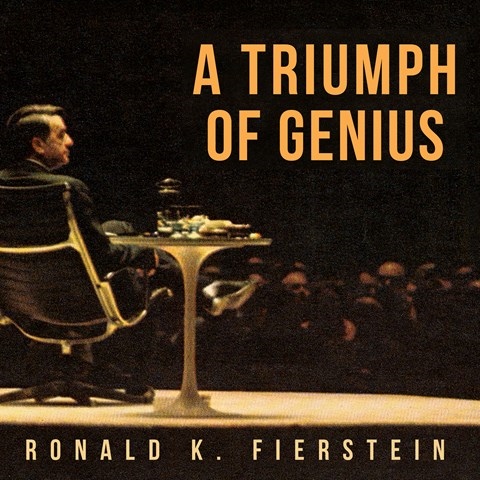 A TRIUMPH OF GENIUS Edwin Land, Polaroid, and the Kodak Patent War

Narrator Pete Larkin provides a workmanlike narration of this biography of inventor Edwin Land, the founder of Polaroid. Some say Steve Jobs was the Land of his generation. It is well known that Jobs deeply admired this often reclusive creator of a film and camera system for early instant photography. Mirroring the text, Larkin delivers the facts without much feeling. The hows and whys of Land's life are in much shorter supply than the facts. Perhaps the most irritating aspect of the book is its focus on the patent suit between Polaroid and Kodak, which involves lengthy accounts of court sessions, along with a too detailed timeline of actions taken over many months. Students of patent law and those who are fascinated with the history of photography will likely have an enjoyable listening experience. However, those outside of these niches may be in for a tough slog. W.A.G. © AudioFile 2015, Portland, Maine [Published: APRIL 2015]