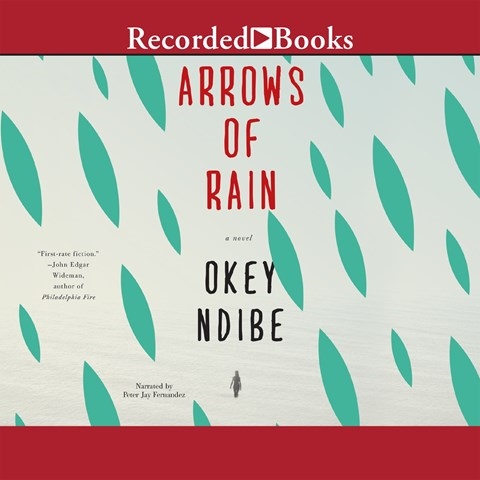 Peter Jay Fernandez is an excellent choice as narrator of a book with mostly male characters. Listeners follow a story that explores the dilemmas of an individual in conflict with an imagined corrupt African government. The main character, known only as Bukuru, finds a dead woman on the beach and is later charged with her rape and murder. Fernandez's pitch and pace authentically capture the rhythms of accented English from the African continent. He maintains the listener's interest in the twists and turns of Bukuru's trial and balances between inner monologues and scenes of extended dialogue with multiple speakers. This is an exploration of the difficulties in obtaining justice as well as gender and class equality in modern-day Africa. M.R. © AudioFile 2015, Portland, Maine [Published: MARCH 2015]