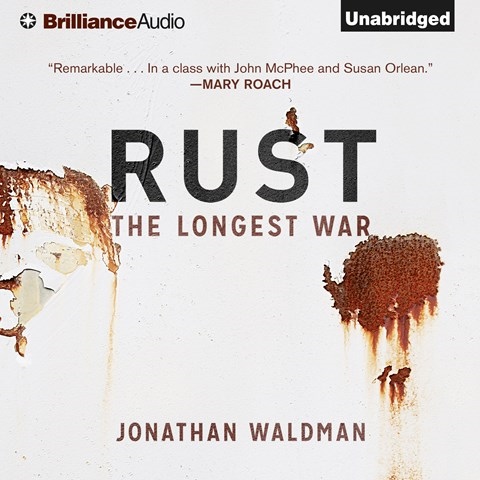 Early in this extensive audiobook, an angry PR official at one of the world’s largest soda can manufacturers tells Waldman that rust is a stupid subject for a book. Waldman proves him wrong. Waldman’s examination of corrosion and its remedies covers many topics—from the Statue of Liberty and stainless steel to military preparedness and merchandising. Christopher Lane does a solid job of presenting the numerous anecdotes and explanations. Lane is good with dialogue, breathing life into Waldman’s parade of colorful characters. With the exception of a few surprising pronunciation errors, Lane seems at home with the broad array of topics. Waldman makes his point that corrosion is an important subject that gets less respect than it deserves.  F.C. © AudioFile 2015, Portland, Maine [Published: MARCH 2015]