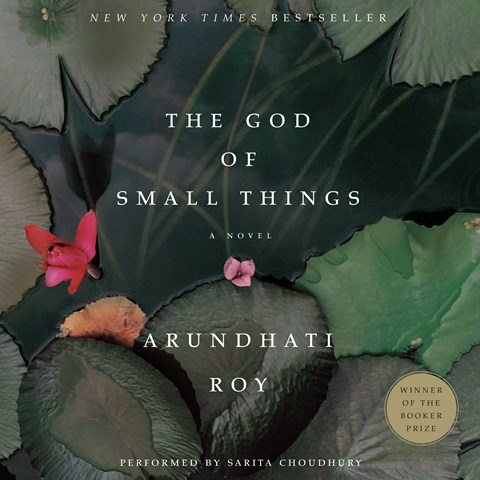 THE GOD OF SMALL THINGS

This highly regarded novel is one of the most well-known Indian novels in English. Fraternal twins Rahel and Estha experience the ups and downs of childhood during periods of both family and national drama. Narrator Sarita Choudhury captures the lyrical prose with vocals that are as soft as velvet. She captures the dreamlike state of the child narrator's musings, which dominate most of the story. In a lilting cadence, Choudhury conjures the sense of mystery behind the images and descriptions peppered throughout the story. This title is an example of the many benefits of literary fiction delivered in audio form. The listener can close her eyes and be swept away by the story under the spell of an experienced narrator. M.R. Winner of AudioFile Earphones Award © AudioFile 2015, Portland, Maine [Published: MARCH 2015]