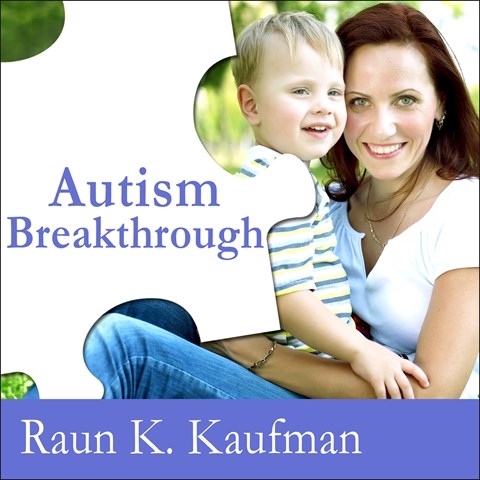 The optimism that overflows from Raun Kaufman’s inspiring autobiography is infectious. Kaufman’s parents were told that their son had autism and an IQ of 30, and would never function in society. Instead, they defied the experts by focusing on freeing the gifted boy who was trapped by his diagnoses. Kaufman’s parents’ technique, called the “Son-Rise Program,” converted their son into an educator with a biomedical ethics degree from Brown University with no symptoms of his former condition. The audiobook highlights the Kaufmans’ efforts, which approach autism as a “social-relational” disorder, not a behavioral one. Raun explains how his parents’ program freed him and countless others and allowed them to live normal lives. Kaufman’s story is inspiring, and his performance adds an exclamation point to it. D.J.S. Winner of AudioFile Earphones Award, 2015 Audies Finalist © AudioFile 2015, Portland, Maine [Published: MARCH 2015]