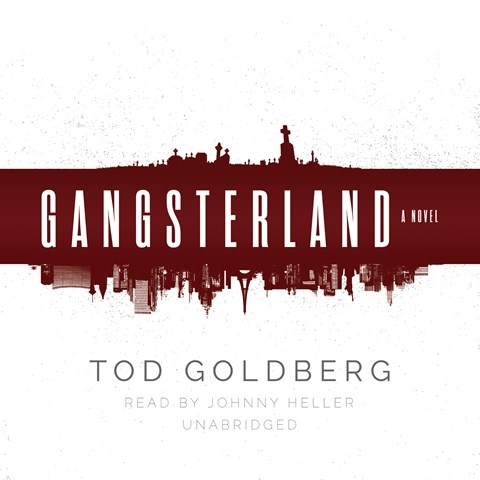 This audiobook begs the question: Is that a real rabbi or a former Mob hit man? Yes, after a botched assassination in which three FBI agents are killed, said hit man agrees to help the FBI, and, as his cover, he pretends to be the religious leader of a Las Vegas synagogue. Johnny Heller keeps the story moving, and he reads clearly at an appropriate pace. However, he narrates with a scratchy, unrefined voice that lends itself to a sordid crime story. He never finds the dark comic center at the heart of this book. And it's this twisted side that propels the story. R.I.G. © AudioFile 2015, Portland, Maine [Published: JUNE 2015]