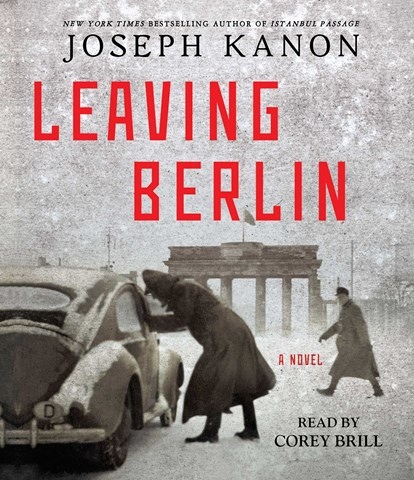 Listeners can sense the urgency in narrator Corey Brill's voice as he literally commands them to concentrate on Kanon's fascinating and fanciful audiobook. Set in post-WWII Berlin, the plot centers on Alex Meier, a Jewish writer who fled Nazi Germany only to be branded a Communist in America. To prove his loyalty, Meier makes a deal with the CIA to infiltrate Nazi Germany, where, of course, his assignment goes awry. Brill seems to recognize when the story drags or suspends credibility. At such moments, his change in pace, coupled with a more intense tone, signals listeners that they're experiencing one of the book's significant moments. While uneven, this is an entertaining historical thriller. D.J.S. © AudioFile 2015, Portland, Maine [Published: JUNE 2015]