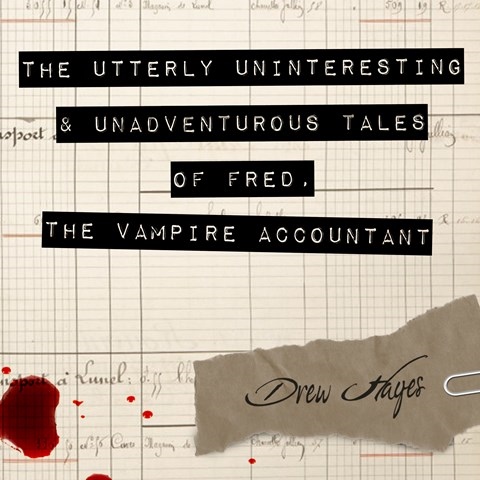 THE UTTERLY UNINTERESTING AND UNADVENTUROUS TALES OF FRED, THE VAMPIRE ACCOUNTANT

Fred just wanted to live a calm afterlife as an accountant who happens to be a vampire. But his high school friend, Krystal, has other plans for him as she takes him on a series of adventures involving all sorts of monsters. Kirby Heyborne narrates this first-person narrative with a good vocal balance, which can be challenging for this production. Initially, Fred is supposed to be a flat character, but Heyborne balances Fred's flatness with a stronger inflection during the narrative passages. He also provides a good range of character voices for the various monsters, which capture the creatures' strangeness without distracting from the story. L.E. © AudioFile 2015, Portland, Maine [Published: APRIL 2015]