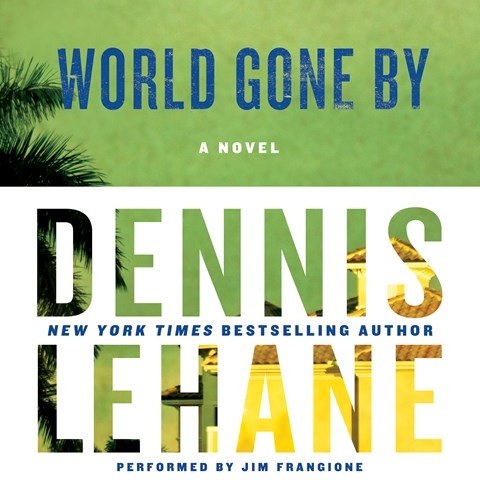 A terrific performance by Jim Frangione makes Lehane’s novel featuring Joe Coughlin (THE GIVEN DAY, 2008; LIVE BY NIGHT, 2012) much more than a simple crime thriller. Characters are a nasty, murderous lot, but Frangione turns them, if not sympathetic, into something more than two-dimensional thugs with an appetite for blood. Coughlin, now a widower and fiercely devoted to his son, learns that someone’s put a hit out on him. Using his connections to Cuba and Tampa’s 1942 gangster hierarchy, he tries to find out who’s behind the contract. Frangione’s delivery of Lehane’s no-nonsense dialogue is as sharp and piercing as machine-gun fire. “Gangster ethics” may seem like an oxymoron, but Frangione turns Coughlin’s uncertainties into a moving exploration of a flawed man’s life. S.J.H. Winner of AudioFile Earphones Award © AudioFile 2015, Portland, Maine [Published: APRIL 2015]