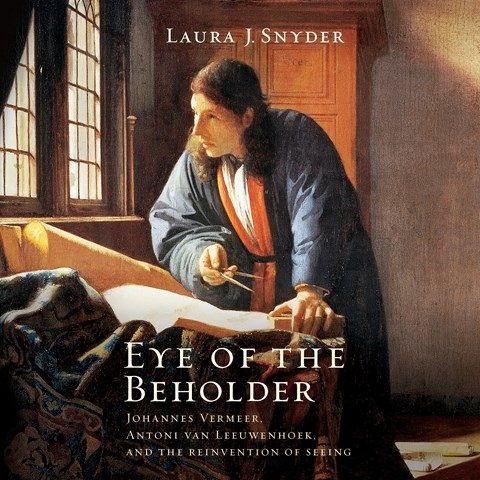 EYE OF THE BEHOLDER Johannes Vermeer, Antoni Van Leeuwenhoek, and the Reinvention of Seeing

Laura Snyder investigates the fact that two famous Dutchmen living in Delft at the same time just a stone's throw from each other were both using optical devices to see the previously unseen. Narrator Tamara Marston clearly understands the important points of the text and with impeccable pacing and her lovely and accessible voice proves an able and engaging guide through the detailed scientific and artistic narrative. Johannes Vermeer used the camera obscura to look at how colors change under different light conditions, and Antoni Van Leeuwenhoek peered through tiny, complicated microscopes at any organism or substance he could lay his hands on. Snyder doesn't know if there was any relationship between the two but believes their combined efforts changed the way we see the world. Marston's fine performance provides an added sheen. A.B. Winner of AudioFile Earphones Award © AudioFile 2016, Portland, Maine [Published: NOVEMBER 2016]