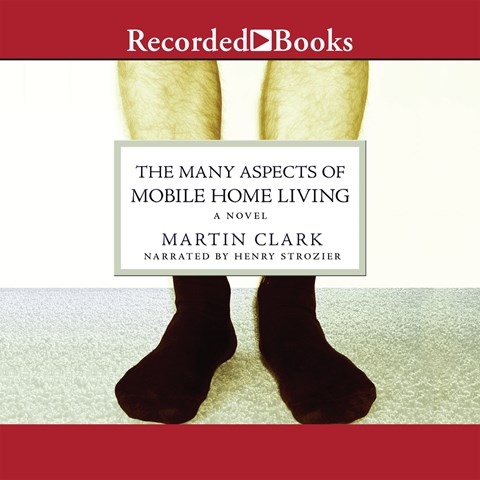 THE MANY ASPECTS OF MOBILE HOME LIVING

Originally released in 2000, this legal thriller is now available in audio, albeit with a narration as uneven as its plotline. The meandering story features Evers Wheeling, a drug- and alcohol-addled judge in North Carolina who, in existential disarray, jumps down the rabbit hole when he gets involved with a woman who is searching for a lost inheritance. Henry Strozier's voice is well matched to the crotchety Wheeling--his dialogue and even his occasional hallucinations are well delivered. Strozier deftly handles the abrupt shifts in tone, as well, as when Wheeling watches a sunrise or his brother makes surprising revelations. While the performance breaks down in other areas--female voices often sound unnatural, other characters' voices lack focus, and some background noises come through--the roller coaster of a story has high points that make it worth listening to. M.L.R. © AudioFile 2015, Portland, Maine [Published: APRIL 2015]