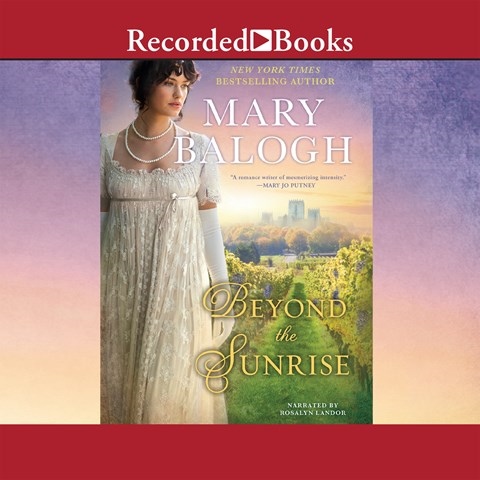 Rosalyn Landor’s superb accents conjure the setting of eighteenth-century England for this historical romance. Seventeen-year-old Robert Blake first meets French Countess Jeanne when she’s 15. Though they’re attracted to each other, Jeanne’s father forces her to reject Robert, who is illegitimate. The two don’t meet again until 11 years later. Landor’s persuasive range of voices reflects the genders of the couple as well as their contrasting personalities. Well-timed pacing heightens the intensity of the duo’s shifting feelings and the passion of the sexual encounters between them. Even when the narrative becomes a little bogged down in the logistics of troop movements, Landor’s dynamic performance keeps the story engaging. M.F. © AudioFile 2015, Portland, Maine [Published: APRIL 2015]